We are offering art and furniture in Vienna. Our gallery will open in 2016 - however, you may contact us now.

Art - We have masterpieces of famous painters, for example of Alessandro Castelli, Hans Licht or Franz von Defregger. The highlight of our collection is a Xu Beihong. Our historic photos - often unique - show famous personalities like Ludwig II., Richard Wagner or Adolph von Menzel. Whether you are interested in an original, in a reproduction of our artworks on canvas or in a licence - just send us an email.

Furniture - We have STILLES furniture. Since 60 years, STILLES in Slovenia manufactures very special furniture: Not only that they are made according to old artisanal traditions - also their design is incomparably elegant.

THE LEGEND OF OSKAR AND PAULA

Kokoschka said he had painted his relative Anna Donner

- in truth, his model was his friend Paula Deppe 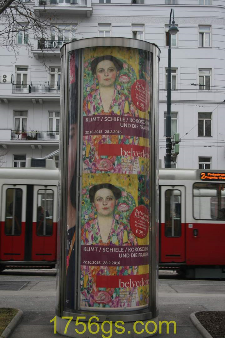 Who is the woman on the painting which Historisches Museum (City of Vienna) bought in 1970 for about 40.000 Euros ? Kokoschka said that the picture shows his relative Anna Donner - and this is asserted till today.

Link to the alleged Anna-Donner-portrait.

In truth however, Kokoschka`s picture does not show Anna Donner, but Paula deppe, who is nearly of the same age as Anna: The resemblance between the woman on the picture and Paula Deppe is striking. This is made clear by this video on Paula Deppe, containing her photos and self-portraits:

Kokoschka did not tell the truth about the Anna-Donner-portrait

It is already known that Kokoschka did not tell the truth regarding the Anna-Donner-Portrait: According to German newspaper "Spiegel" (29.3.1971) he called it his "earliest work" and the year 1900 was held as the time of origin. The problem: In 19000 Anna Donner (1885 - 1940) was just 15 years old - the person shown by the portrait seems to be at least some years older. In addition: At the age of 14, Kokoschka had not even started his artistic education at Kunstgewerbeschule. So how could he paint at this stage like an "academic" painter ?

Today the year 1906 is given as the year in which Kokoschka painted the portrait: So the art world today contradicts Kokoschka`s own statement.

Did Kokoschka want to repudiate Paula Deppe, the friend of his youth ?

If Kokoschka does not inform correctly about the time of origin of his portrait, then it is no surprise to hear that he relates the picture to the wrong woman, Anna Donner instead of Paula Deppe. However, while today nobody thinks of the year 1900 as the time of origin, still tout le monde believes that the portrait shows Anna Donner. Too bad !

Kokoschka has not mentioned his probably first girl friend Julie in his memoirs, as "Der Spiegel" says - and Paula Deppe suffers the same fate. Is this just a sign of forgetfulness - or did Kokoschka want to repudiate the friend of his youth Paula Deppe ?

- and this time her name is written on it 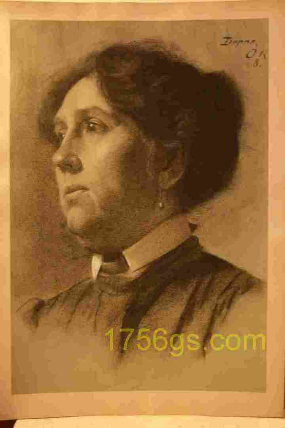 Charcoal drawing, bearing the signature "OK", the number "8" and the name "Deppe"

1756 has a charcoal drawing which is signed by the monogram "OK". This picture, too, shows Paul Deppe - and this time her name is written on it. In addition, the picture bears the number "8". The expert of a state art museum comments: "We, too, would understand the number 8 stylistically as a 1908 dating. We would classify it (the picture) as belonging to the setting of an Academy, created in a milieu bourgeois."